Empire - A New Fox Series that Deserves Your Attention!


An insider's glimpse of a new series for the new year.  As a member of Verizon's influencer team, I scored an invite to attend a private showing of Fox's new drama series, Empire, launching Wednesday, January 7th, 2015, at 9ET/8c.

I wanted to give you an easy New Year's resolution: watch it!

Watch this trailer.  Please.  (If it doesn't grab your attention, may I suggest you rush yourself to an emergency room, because you're comatose!)


Terrance - Emperor of the Empire


Terrance commands.  His voice draws you in, like the purr of a lion, only to pounce upon you when you're close enough.  He has built an empire in the music industry, the hard way, and he is determined to find a worthy successor.  Nothing - or no one - will stand in his way!


Empire is filled with delicious characters. Cookie could be a lead for character favorite in this edgy drama series.  She's a natural born - leader.  She set the family on its foundation of success and payed a steep price for doing so.

Cookie, played by Taraji P. Henson, like her "x," Lucious, also  commands the screen - with her walk, her affections, her tantrums.  You will love her and fear her and admire her.  She is Terrance's perfect foil.

More than anything, she is the lioness who protects her children.

Cookie’s been away for a bit.  Seventeen years, in fact, being released from prison just in time to see the company she helped start get ready to go public on Wall Street.

And Cookie simply wants what’s hers.  And, in the Empire, that’s a lot!

You will fall in love with her from the moment she struts on screen.

More of the Story


Fox calls Empire a “sexy and powerful family drama series centered on the running of a modern music empire.”

You want more than that?  Operatic television.  Larger than life, but full of real life.

Think part “The Wolf of Wall Street,” where everything is fair game in a quest for the biggest return.  A façade of complete control when everything and everyone is out of control.

More?  It also has very funny moments.  Yet, it’s very serious.  It’s about the good life and life on the streets.

A family drama that will suck you in!


The “Emperor,” Lucious Lyon,” played by the charismatic Terrance Howard, has a secret.  (In fact, he has many.)  He’s just learned that he has a fatal illness, with only about three years, at most, to live.

Within that time, Lucious is determined to name one – one – of his three sons as the successor to a hugely-successful music empire that his family has paid dearly to establish.   At the moment, none of his sons is ready in his eyes to succeed him.  The battle for succession may be all that is needed to ready the next emperor – if it doesn’t tear the empire or family apart in the process.

A word or two more about Lucious.  I don’t use the term “charismatic” lightly.  Lucious (Terrance Howard) has got real charisma.  His appearance commands your attention, as does his voice.  And he uses his talents to his great advantage.  His voice is melodic.  You want to hear him speak.

If one were to take my comparison to the “Wolf of Wall Street” to heart, he is the “wolf,” and he can snarl with a look or a whisper.  He is determined to see his empire survive – at just about any cost.

Son No. 1, the eldest, Andre, played by Trai Byers.  Impeccably clean-cut, polished, educated, business suit wearing, muscle-bound, with a very pretty wife, he would seem the destined heir apparent.  Though he is not musical like his younger brothers, he is all about the business of the family business.  But, the Emperor is determined that a test of wills and talents will trump any hierarchy of the first-born.  (Andre’s pretty wife is untroubled by the prospect of sibling rivalry, seeing her husband the easy winner of the crown.)

Son No. 2, the middle son, Jamal, played by Jussie Smollett.  Dismissing any notion of becoming his father’s successor because of his own open homosexuality and his father’s vocal hostility to homosexuality, Jamal seems determined to resist being baited into any battle that would tear apart his family.  A musical talent in his own right, but one who has never had a strong manager, he may find himself pushed to the front as a stellar manager steps forward to take charge of his career.

Son No. 3, the youngest, Hakeem, played by Bryshere Gray.  He seems to be his father’s favorite, though his father is quick to berate all his sons.  He is the Hip-Hop hero, living life large, pouring out rhymes.

MUSIC.  Empire carriers, as one would hope, strong musical credentials.

The show scored a coup in getting Grammy award-winning songwriter “Timbaland” Mosley to produce music for the series.  Mosely has collaborated musically with the likes of Jay Z, Beyoncé, Justin Timberlake, Madonna and Elton John….Hello!

Empire’s got talent.  At the same time, the show’s producers have also said that viewers can expect to hear from new musical talent, as in talent not just appearing for the sake of the show, but new talent that just may be on their way to becoming big stars.  This should make a nice feature.


The fabric of this show is woven with glamor and crime and love and violence and sacrifice – and family.

It is all about family.  And ambition.  A troubled family.  A beautiful family.  A scary family.   A scared family.  Even in all its glitter and brash, it remains very human.

An African American family born on the toughest streets of Philadelphia that’s made it to the very top of the super-rich stratosphere of the Hip-Hop music industry?  Doesn’t matter if you’re like me, an Irish-American, Jersey boy from the suburbs,  you won’t have trouble identifying with the characters that people the screen, as their stories and lives, at their core, are all very real and, as such, universal.

So, watch the first episode and, when you’re done, join me in anxiously waiting for the next!

BONUS:  Allow me a little plug for my sponsor:  If you’re like me, you’re always on the move.  Verizon FiOS mobile app has made it very easy to put your television in your pocket, so, you should be able to catch your favorite shows on the run!

Let me know what you think!

Posted by Unknown No comments:

Being "Social" - A Case Study: @SohoGrandHotel 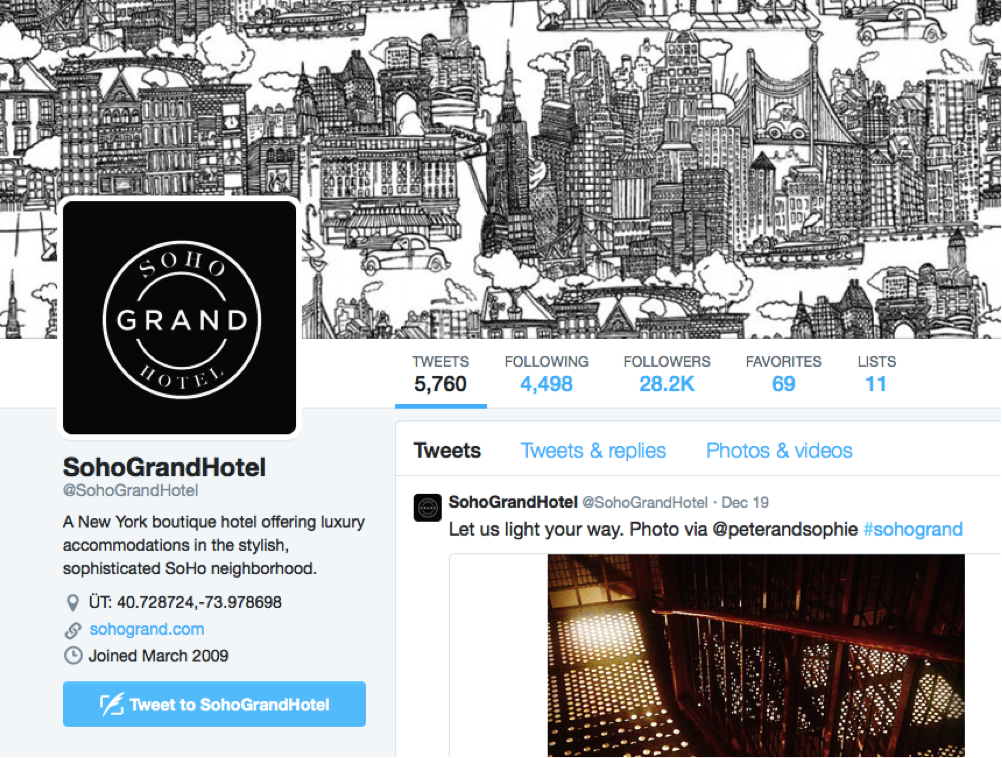 The Soho Grand is the sort of hotel you want to stay at:  stylish, friendly, nicely situated, very comfortable rooms, people who are very attentive to their guests.

I had a very nice stay at the Soho Grand in NYC this weekend.  Had drinks and small dishes in their lounge late in the evening.  Enjoyed a very nice breakfast.

So what’s the problem?

I tweeted the Soho Grand before my arrival. 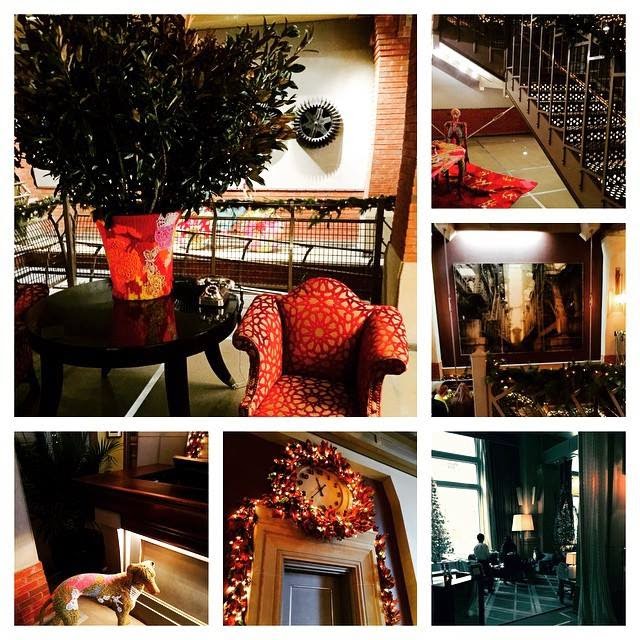 Wouldn’t it be fair to infer from this a high degree of personal attention?  I would think so.

I wouldn’t think it unreasonable to expect from a "luxury" "boutique" hotel, a response within twenty-four hours.  Am I being unreasonable?

Don’t get me wrong, I loved my stay at the Soho Grand.  I am just disappointed by their lack of truly being social.  Now, I appreciated the fact that they had people both outside and inside the entrance standing at the ready to offer their assistance to guests as they arrived and went about their business.  Couldn’t one or two of these very attentive and engaging people have also been tasked with listening to and engaging from the hotel’s social accounts – and being social to their arriving and arrived guests?

Expectations in social media have gotten more stringent.  I tweeted the Grand Hotel on a Saturday morning.  On the next day, Sunday evening I am writing this post.  Is it unfair of me to expect a response from a hotel’s Twitter account within twenty-four hours?  For a hotel that describes itself as a “boutique” hotel offering “luxury” accommodations, I don’t think my expectations are unfair.

TAKEAWAYS
I’d love to hear your thoughts, so please feel free to add a comment.

And, if we’re not already connected on Twitter, please join me there!  @GlenGilmore
Posted by Unknown No comments: