Abandonment of #Wearables Does NOT Signal a Dim Future for #WearableTech 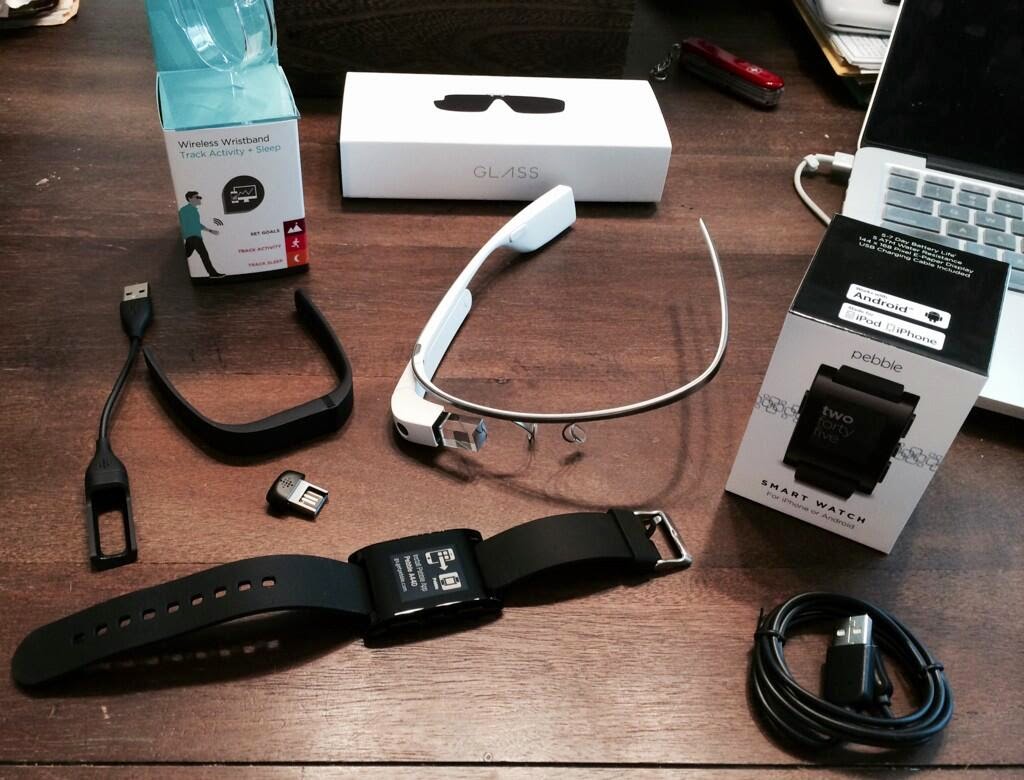 I'm going to box back up my Pebble smart watch and store it.  I have had it for less than a year.

"Haha!  Another example that wearables have no future!"

My decision to box up my Pebble watch has everything to do with my realization that the battery life is just too short and I don't want to be bothered juicing it up every night.

Not long ago, I had the pleasure of hearing Myriam Joire, Chief Evangelist at Pebble, speak about wearable technology and Pebble's progress and future.  What I particularly appreciated about Myriam's vibrant talk was her candor in discussing the impact of battery life limitations on the Pebble watch and wearables generally.

I like the Pepple watch.  The multitude of apps it has.  Its comfort.  Its look.  (Ok, I accessorized it with someone else's watchband.)  I just don't want to have to watch a battery bar and wonder if my watch is going to turn into a pumpkin before midnight.

Google Glass...hoping it gets better

Google Glass is still in "beta" - it's a test product and those who buy it know they're buying a beta product.

Even so, I wish I could make a more compelling argument about wearing it now, though I am well aware of applications in healthcare, hazardous enterprise, and emergency management where the uses are extremely compelling (e.g., doctors live-streaming surgical procedures for teaching and for collaboration with other surgeons in distant locations; limiting those needed in hazardous zones thanks to Glass' to let ability to let other emergency responders or those in hazardous industries see what is happening in real time in a hazardous area, etc.)

For me, however, at the moment, I haven't found a use for Glass that makes me want to be sure to put it on before I start my day or leave the house.  I believe, though, that this is only a matter of time.  It is an extremely comfortable device and the hands-free advantage of Glass is huge.

Don't penalize startups for being startups

As I was thinking about my frustration with Glass, one day, it dawned on me that what the behemoth Google had done in introducing Glass was to adopt the startup philosophy of putting into the hands of willing consumers a "minimum viable product" (MVP) that would allow it to experiment, innovate, and receive the consumer feedback crucial to product development.

Now, it may seem that I am simply making excuses for wearable tech by suggesting that a company as big as Google should be given a startup pass, an allowance for introducing a MVP.  In a field fraught with known limitations, particularly the nagging issue of battery life, those who innovate earliest are likely to ultimately reap the largest rewards soonest from their willingness to take risks, listen and pivot.  I applaud any big company that nurtures startups within it walls.

Though Apple will certainly benefit from lessons learned at the expense of those innovating when it releases the Apple Watch, Pebble and Glass will also, no doubt, benefit even more from having entered the space early.
Though I am boxing up my current edition of Pebble and not wearing Glass often, both have keyed me in to the potential and promise of wearable tech.  I expect that it won't be long before I am buying a newer version of Pebble with an enhanced battery life and more seamless charging system, and wearing Glass more often because of new applications that tap into its hands-free display.

A fitness tracker makes the cut

I should note that I am still wearing my fitness wearable, a fitbit: it's lean, easy to use, fun, helpful, slightly fashionable (with newer, very fashionable options!), and a battery life that only requires weekly recharging.  Proof that the problem isn't with "wearables", but, only with certain wearable products at this point in time.

My experience with Glass and Pebble - and fitbit - has convinced me that the future of wearables is bright and exciting.  Please don't mistake my "abandonment" for more than it is - a realization that the some current products are not where I would like them to be.  Wearable "abandonment" is merely an unavoidable stage on the pathway to wearable adoption.  Remember I said so.
Please let me know what you think!

And, if we're not already connected, please join me on Twitter:  @GlenGilmore