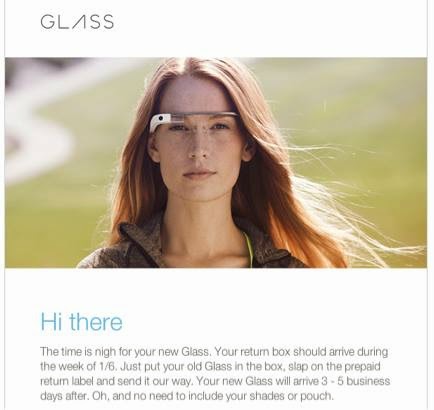 Yes, I coughed up $1,500 to be a Google beta guinea pig for Google Glass.  I was very excited at the privilege of doing so, after all, one even had to be invited to join the Google Glass Explorer Program and the invitation came with the opportunity to test a really cool, disruptive tech product months before the rest of the world.

It's a Very Expensive Camera...

I'll cut to the chase:  it's a very expensive, goofy-looking camera.  Oh, the video works all the time, too, but, I really don't fancy the notion of taking a video as I am walking...just about anywhere.

Saturday Night Live Got it Right

Saturday Night Live had a news skit where a guest was showing how cool Glass is:  the only problem, nothing worked.  Well, when I muster the "let's-try-it-again" spirit and don my Google Glass in public, scores of people (truly) will stop me to say, "Whoa, 'Google Glass' - how cool are they?!"'  I always want to say, "Really cool!!!"  I can't.  They're not even close to cool.

I went through wearing version one of Glass and then got version two, with a build up from Glass that made me think that what I was going to get in version two was everything I had hoped would be in version one.  Not.

"The time is nigh for your new Glass," the message I received from Google intoned when it informed me that I would be getting a box to exchange my version one of Google Glass for the updated version.  The difference in the two?  I did get an ear bud with my updated version of Glass, but, beyond that, I can't point to anything with version two that made me say "wow" or "finally" or "thank you!"  Even the earbud didn't seem to really improve the phone's sound.

This week I received another (I have received several in the past) survey request from Glass.  Though I dutifully completed the previous surveys, this time, I am not going to bother to even fill it out, because I hate having to repeat myself.  This speaks volumes about the state of my relationship with Google Glass.

You get the idea.  I could go on, but, for what purpose if Google isn't making progress on the basics.

To borrow a phrase from Google, "the time is nigh."

P.S.  Google, if it's just too big a task, mind handing it over to Apple!

Please feel free to join me on Twitter:  @GlenGilmore