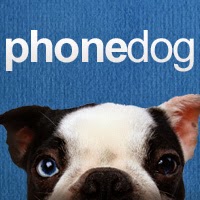 The infamous case of @PhoneDog_Noah dragged on for three years, wracking up legal fees all along the way.  The skinny?  Employee with business-branded Twitter account decides to leave the company, taking along with him "his" Twitter account, with its 23,000 followers.  Tug of war ensues.  "It belongs to the company."  "It belongs to me."  Company sues asserting each follower has a value of $2.50.  Three years later a settlement with a confidentiality agreement.  We know the case is settled, but, we don't know the terms.

Social media accounts used for a business purpose are a business asset.  Businesses need to define with their employees who owns or controls what and to what extent.  Forget to limit how and when an employee may use a business-branded Twitter account and you just may find your company's next difficult move live-tweeted, as the entertainment company HMV found out when one of its employees rather hilariously live tweeted company layoffs.  Avoiding litigation or embarrassment from one's business social media accounts requires defining who controls them, when and to what extent.


Bonus Social Media Governance Tip
* Nothing contained in this post should be considered legal advice.  If you have a legal question, please contact an attorney from your jurisdiction.

Connect with me on Twitter:  @GlenGilmore   @SocialMediaLaw1
Posted by Unknown