If You're Not Gaga Over #GoogleGlass, You're a Bad "Explorer" 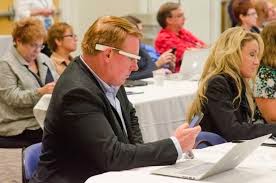 About two months ago, I plunked down about $1,600 to get a pair of Google Glass.

I wish it were.

I have an iPhone.  No plans to switch.  That means that, at this point, I don't have GPS, one of the most coveted features of Glass.

I do have my calendar, photography, videos, occasionally the ability to Google and ask Google questions ala Siri, and the ability to make phone calls and share items with friends.

For the mainstay of Glass functionality, however, you need wifi.  When I got Glass, I upgraded my AT&T iPhone plan so that I would have a personal wifi hotspot for Glass.  The result?  Sometimes I have connectivity, though most of the time I don't.  On occasion, when I do have wifi connectivity, I have gotten the Google equivalent of a "Fail Whale", a message telling me that Google can't be reached at the moment.

Without wifi, you are pretty much left with an expensive camera/video.

So I just stopped by an AT&T store tonight to increase my data plan and mentioned my problem with Glass (and laptop) connectivity.  The rep was quick to say that the iPhone wifi hubspot really isn't all that good and that I should get myself an AT&T wifi hub device, the "Unite", for twenty bucks a month.  He said I should see a big difference.

Got home, went to the Glass site to register the new wifi network and was stumped at the question posed, though I had confronted it once before: 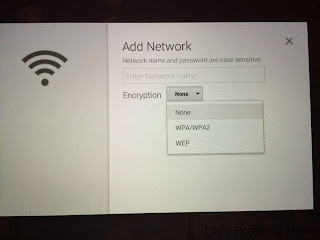 Now, you may be shaking your head at me not knowing whether to answer "WPA" or "WEP", but I'm going to guess that a lot of other consumers are going to be stumped by the choice - and, yes, we can Google it, but should we have to?  As a lawyer, I have been trained not to use any terms someone may not understand without explaining them.  Would it be too much to have a notation underneath explaining the difference or offering some technical guidance?  But, that's a minor, UX (user experience) point.

Thinking it would be just as easy for me to try one, then the other if the first didn't work, I did just that.  Both failed to connect, despite generating a QR code (part of the new network registration) and a signal saying that Glass was connecting.

So, when I get  a moment, I'll try and stop by Google in NYC to see if they can help me.  I don't have the time to go searching for an answer.  ("Then maybe you don't have time to be an Explorer," someone will be quick to intone.  I realized when I ventured into the program that my approach to exploring would be somewhat passive, seeing where the stream of iterations might take me, rather than me boating to different destinations.)  Should it be so difficult?  I think not.

But, Beware Suggesting that You Are Not Thrilled with Glass Or You May Be Targeted a "Bad Explorer"

When I have raised a general sense of disappointment with Glass, the response from some Explorers has to remind me that I signed up for a beta project, that cool stuff is being done in medicine, that cool recipes are being shared every holiday, etc., etc..  Blah, blah, blah.  I would just like to be able to say that I have something that is pretty cool and easy to use, that makes my day a little easier and more interesting.

Nearly everyone is pretty excited when they first look into Glass.  It would be much cooler, I would have to think, if I had connectivity on a consistent basis.