Confirmed: Most of Your Facebook "Friends" Are From High School 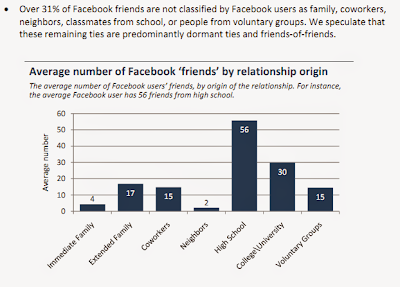 Confirming what we've long suspected, the highly-regarded, independent research organization, PEW, has just released a new report, Social Networking Sites and our Lives, that tells us that most of our Facebook "friends" are, indeed, the very folks we knew from high school....

Now, if you'll forgive me for returning to Twitter, where I'll be checking in on a few new ideas and folks from around the world...  @GlenGilmore

Ah, before I go, in case if you were still thinking that social networks are making us more socially isolated, think again: